AsiaOne: From oil & gas to healthcare: Retrenched woman turns down opportunity to return to comfort zone

Having been in the oil and gas industry for more than 30 years, Tan Bee Lian witnessed several rounds of retrenchments in the companies she previously worked in.

Every time she escaped unscathed, she thought to herself: “So lucky that I was not affected.”

Then Covid-19 hit, affecting jobs and economies around the world.

Right before the circuit breaker ended on June 19, Bee Lian — then an instrument engineer in an oil and gas consultant and construction company — was told she was retrenched through a Skype meeting with her boss.

She was 53 years old and had to leave the only industry she had ever worked in since leaving school.

Many of her colleagues, who had been in the same line for 20 to 25 years, were also laid off.

Bee Lian told AsiaOne: “I was at a loss. I thought, ‘Why me? Why was I retrenched?’ I didn’t expect that it would happen to me. My boss couldn’t see me over Skype but I broke down. I couldn’t control myself.

“When my colleagues received the retrenchment letter before me, they told me I won’t get it. I also felt that I wouldn’t. My performance at work was always very good. I tried to focus on my job and finish my remaining work so that I won’t have to think of it.”

But as the end of her two-month notice rolled close, Bee Lian had to face the imminent uncertainty of her future.

She searched online for job vacancies in the same industry and also in the related pharmaceutical sector, which employs instrument engineers as well. However, the handful of job applications that she sent out received no response.

Bee Lian also contacted former colleagues to check if there were opportunities in their companies, only to hear that they were also downsizing.

“I felt that I should think about what I should do apart from staying in the oil and gas industry,” she said.

She shifted her attention to part-time jobs, and even considered working as a cashier in supermarkets.

As fate would have it, Bee Lian came across an advertisement for healthcare courses on Facebook.

Together with a group of friends, she went to a job fair to learn more about it, and how she could use her SkillsFuture credits.

It was there that HMI Institute piqued her interest as she recalled a long-forgotten dream — she had aspired to be a nurse when she was in secondary primary school, but later abandoned it after she went into technical studies.

Bee Lian asked her retrenched colleagues if they were interested to switch to healthcare.

“They said nursing is a dirty job, because they would need to clean up patients, feed them, and endure their scolding. I told them everyone will come to an age when we need someone to take care of us. If we can do our part to take care of someone, why not?” she recounted.

Starting a new career in healthcare, where she can pick up theoretical and practical skills, also meant she would be trained to care for her own ageing mother.

Besides her family’s support and her aspirations, Bee Lian was also heartened to find out that she wouldn’t have to fork out a cent for the six-month Healthcare Assistant course at HMI Institute.

In fact, she would even receive a monthly allowance of $1,200.

This is because the course falls under the SGUnited Skills Programme, designed to help unemployed Singaporeans and Permanent Residents upskill and reskill with industry-relevant knowledge.

Eligible applicants can use SkillsFuture credits to offset the course fees. Classes are in a modular format and students attend training on a full-time basis. Upon graduation, participants will also receive job-matching assistance with more than 100 healthcare employers here in Singapore.

Given the benefits, Bee Lian made the decision to apply for the course, and had been attending the healthcare training for two months when AsiaOne spoke with her.

“In the two months in HMI Institute, I learnt a lot.

“I told my ex-colleagues, healthcare is not only about adult diapers and showering patients,” she added.

“The course also teaches us how to talk to patients and their family, how to approach them, and give them support.”

Transitioning into a completely different industry for a second career is daunting enough for most people, but to do it in your 50s surely requires a lot of strength and conviction.

Thankfully, Bee Lian has both.

She is convinced that her next career is in healthcare and aspires to continue studying to become a nurse.

“I made this career switch because I want to fulfil my childhood dream. If I don’t take the chance now, I don’t think there would be another opportunity later,” she said.

Although she will be taking a pay cut as a Healthcare Assistant compared to her last-drawn salary in the oil and gas industry, she appreciates more the job stability that healthcare offers and looks forward to the brighter career prospects after she becomes a nurse.

Bee Lian is also not bothered about going back to school at her age.

She explained: “To some people, being 50 is very old. But when you think about our average lifespan of 70 to 80 years, we still have one quarter of our life left.”

To others who have been retrenched, she has many words of encouragement. “If you see a chance, grab it and go. Don’t think too much. Why worry about tomorrow when you are not sure if you can get through today?”

She assured: “Don’t think that you will lose out to younger people, because what you have is life experience and how to handle matters. The way younger people handle things may not be the best way. You need to have confidence in yourself. Age is not a problem.”

Turning down opportunity to return to comfort zone

More importantly, Bee Lian has her sights set on a hopefully stable future.

She revealed she recently received an offer from a company in the oil and gas industry. Even though wages were lower than her last-drawn salary, it was still a “good pay”, she admitted.

Yet, she turned down the opportunity to return to her comfort zone.

“This company may need me now, but what about two years later, or when that particular project ends? I don’t want to have to go through that feeling again of receiving a retrenchment letter,” Bee Lian explained.

This article is brought to you in partnership with Gov.sg. For more information on jobs and assistance schemes, visit jobsgohere.gov.sg. 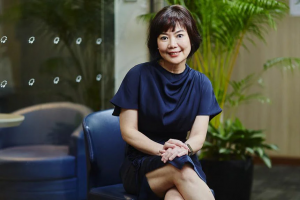